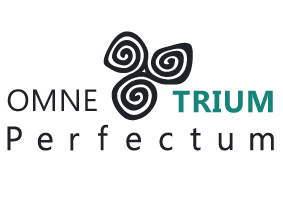 Four organizations from different countries will cooperate in the exchange of 20 youth with the aim of promoting visual culture, stimulating visual exploration and expression, developing the awareness and necessity of differentiating the world that is presented to us in the media in relation to the reality, and develop critical thinking about certain themes. “MEDIART – Visual art & new media” project is intended for youth from 18 to 30 years of age, who are, through non formal learning and socializing with peers from different countries, local people and artists, encouraged to actively participate in the society, creative expression, innovation and improvement of their own skills and competences. The project will generally encourage the value of belonging to an informed, tolerant, responsible and transparent European society, projects and programs of the EU and create a positive social change in the community through critical, creative thinking and proactive action. Participants will be introduced to the work of several youth associations and initiatives, be able to create new acquaintances and develop a network of international contacts that will be useful to them in future initiatives and projects.

Located in central Croatia at the meeting point between the Croatian lowlands and highlands, Karlovac is framed by four rivers – Kupa, Korana, Dobra and Mrežnica, and is therefore known as „the city on four rivers”. It’s one of rare cities that know the exact date of their creation. For Karlovac it is July 13, 1579, when it was founded and named by its founder, Archduke Karl von Habsburg. The town plan is unique in Croatia, as the historic town center is in the shape of a 6-pointed star, this being a design feature of the fortifications that used to surround the city. Every year on July 13, the city of Karlovac celebrates its birthday with the birthday ball on the main square.